“Natural gas development supports hundreds of thousands of jobs and provides financial support for environmental projects, infrastructure, conservation and other projects throughout the state,” said Wissman. “Responsible natural gas development has been good for the state economy, good for local economies and good for Pennsylvanians. We want to keep it that way. As the number of wells paying the impact tax rises, so has our contribution to the economy and state projects that enhance the quality of life in communities across Pennsylvania. In the past year, the Commonwealth received over $33 million more in impact tax revenue than in 2017.

“Today’s report makes it clear, rather than rerun the same counterproductive ideas that enact additional taxes and risk losing revenues reported today, we should support legislative policies that balance what is working to support the commonwealth and build on Pennsylvania’s successes.”

Since 2012, Pennsylvania has generated close to   $1.7 billion in new revenues from the existing impact tax, driven primarily by an increase in the number of Pennsylvania wells paying impact taxes for this year (9,560 compared to 8,518 last year), according to the latest data released by the Pennsylvania Public Utility Commission (PUC): 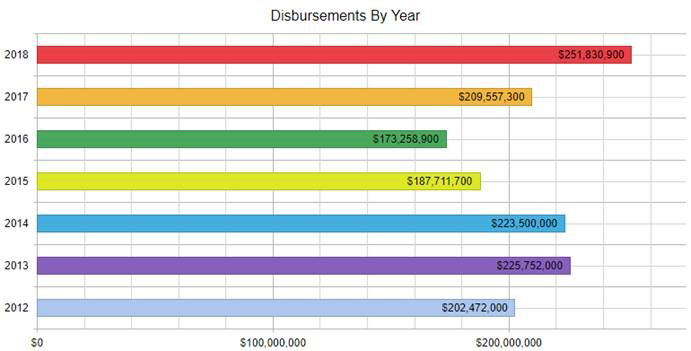 The full report is available on the PUC’s Act 13 website here.

API-PA is a division of API, which represents all segments of America’s natural gas and oil industry. API which started as a standards-setting organization has developed almost 700 standards to enhance the safety of our workers and protect the community and environment – standards the world looks to as a guide. Its more than 600 members include large integrated companies, as well as exploration and production, refining, marketing, pipeline, and marine businesses, and service and supply firms. They provide most of the nation’s energy and are backed by a growing grassroots movement of more than 47 million Americans.

Tour a Fracking Community in PA